The Dog and Cat Circus 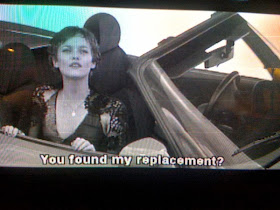 
2.
There's a word about fear of a regular pattern of holes-- the fear of a honeycomb, for example-- trypophobia. What's the word for fear of holes in the narrative? For fear of lack of narrative? What's the word for not knowing if your memory is yours, for, "Did I imagine it, or did we try to make jello shots using the chilly crawl space of her attic bedroom as a refrigerator? Why would we do that?" Certainly the French have that word.


3.
It's dwindling down to discussions of sweaters and chill, of embarrassing pains and, like, whether the root vegetables taste fresh. By "it," I mean "all of it." Beckett did the dwindling better.


4.
Limerence is also a word. A person from 1979 coined it.  Limerence is obsessively wanting your eros reciprocated.  Limerence is not to be confused with liminality, but when I think of writing a novel, I think my only interesting plots are limerence and liminality.

Conflagration and drift. An oarless boat on fire.

We all want the Taj Mahal. If we're lucky, we get 1000 square feet and a dishwasher.


6.
The moon. Someone once called on his night away to tell me to look at the moon.


7.
I have drifted from conflagration to moony, dog-like love.  As I am wont to do.  Someone must have a word for that.  It may be a word in one of those languages with only 14 speakers left.