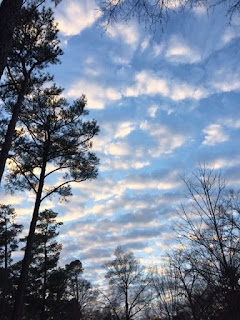 1.  My son called 911 this morning (again).  He was supposed to be listening to his Ramona audiobook on headphones so I could sleep for another twenty minutes, but he fiddled with the locked phone until it made an emergency call, then he handed it to me.  "Here, you talk."  I opened my eyes to see what he'd done, then panicked and hung up.  They called back a minute later.  "No, no emergency.  Just my three year-old.  Sorry."

2.  I ask a friend to tell me to write 500 words.  She tells me to write 500 words.  I pick up a favorite book, Abigail Thomas's Safekeeping, to remember about writing, about narrative windows into a life. I read about Thomas's second divorce.  "There were no happy answers," she writes.  I read a sad part about how her parents paid for her son to go away to boarding school, and he called her, homesick, begging to come home.  She writes, "Some things are so sad you think they can't get better and nothing will be ok.  She didn't make it better, although she tried, later.  It got better by itself."

3.  Yesterday we went to the playground for the hour before sundown.  My son keeps asking me if it's still winter.  I say that it is, even though some of the days have been unseasonably warm.  Yesterday was Groundhog Day.  The beginning of February is also Imbolc.  The park we go to is a sort of oval basin of lawn with stone steps at one end.  We run into three girls from preschool there, two of whom are twins.  The non-twin really wants E. to play with her, and she crouches beside him as he stuffs old leaves into the bottom of an overturned riding toy.  "Elias, do you want to play wedding?  Do you want to play wedding, Elias??"  Finally, with some prompting from me, he replies, "I want to play digging."  Later, he tries to join his friends as they climb up one structure and hop onto another on repeatedly.  One of the twins tells him the game is only for girls.

4.  Before we leave the playground, E. becomes increasingly tired and hungry.  I can see it in how he begins to roam around, looking for opportunities to be belligerent.  I try to coax him toward the car with the promise of peanut butter crackers, but it's only when I distract him by pointing to the clouds that he agrees to be picked up.  "Are they stratus or cumulus?" he says.  I'm not sure.  Stratus, maybe. "All clouds are made of water vapor," he tells me.

6.  This morning after the 911 call, my son wanders into the kitchen to oversee the coffee making.  It is his job to smell the coffee after it is ground, and he becomes agitated if he misses the chance to do it.  I try to doze again, but find that I am agitated.  Is it an emergency?  I say a spontaneous "Hail Mary."  I'm not Catholic, but I've always loved Mary, and I like the idea of "hailing" her.  "Hail, Mary.  Come in, Mary.  Over." By the time I am at the end of the prayer, my body has relaxed.  May we all be cared for.  All of us poor sinners.  All of us who care for others.  Now and at the hour of our death.